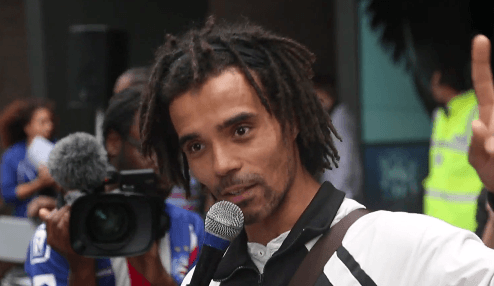 Akala at The Human Zoo protest in London.

This is Akala’s analysis of the liberal response to The Human Zoo protest held in London. This article was published on September 29th, 2014 in The Huffington Post. See his first article here. Please note this article is posted as Akala published it on the Huffington Post. C-101 editors modified the article to include pictures with excepts and remove the link to the petition which is no longer available.

I don’t have much more to say about the human zoo other than, well done to the campaign and especially to the protestors, if I were not out of the country on previous work commitments I would certainly have been there with you on Tuesday.

There are, however a few points I’d like to address.

To those claiming the protests were ‘aggressive’ lets just deal with the basic facts. No laws were broken, no property was damaged and despite major police presence no one was arrested, so what exactly does aggressive mean please? I must also acknowledge because it’s what I’ve been told that the Police – despite having dogs with them – were, by all accounts very reasonable with us, for once. I am even told that when members of the protest explained to them why they were protesting even they (the Police) could not hide their shock that such foolishness was taking place in 2014.

Again, basic facts, Bailey’s exhibition would have been seen by a grand total of 750 people in London and only those who can afford to pay £20 for the privilege. The petition against the ‘work’ was signed by 23,000 from all economic and racial backgrounds, so whose freedom of speech is more important and whose voice the more democratic?

We live in a world where censorship is active everyday in myriad ways to protect the politically, economically and racially dominant, anyone who cant see that is either choosing not to or feels so served by the current order they don’t care. What our liberal ‘friends’ really take issue with is not censorship itself but that for once, an economically privileged white man and the white power behind him did not get their way. The fact that Mr. Bailey chose to use only black bodies and remove the white bodies that were doing the raping, enslaving and killing is of course, calculated censorship, of the grossest kind.

They say we have only opposed Mr. Bailey because he is a white South African, when actually it is they who have only supported him because he is white. How do we know this? Because when artists of color, trying to genuinely promote dialogue about empire and white supremacy are censored, everyday, these ‘liberals’ don’t say or do a thing, it’s not even worthy of comment because it is so normalized. 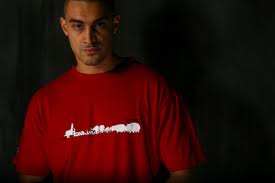 Lowkey is a hip hop artist from the U.K. Search for Lowkey on C-101 search engine to find more.

I’ll give a couple specific examples from the history of the genre I love, Hip-Hop. Let’s start close to home. Our friend and great emcee Lowkey has tens of millions of views on YouTube, has sold over 10k albums wholly independently and toured the world and yet, despite this overwhelming popularity, he has never been played on mainstream, daytime, publicly funded radio, not once. He is infinitely more popular and more respected by people of color globally than the likes of Mr. Bailey could ever be, yet public institutions were not beating down his door to stage and promote his anti-colonial commentary. Precisely because he is (or was now he has retired) an artist of color dealing with the issues Mr. Bailey is toying with, he found his art censored by marginalization in this way.

Mos Def moved to South Africa and was banned from touring in the U.S. in 2014.

When Mos Def made a song called The Rape Over about white corporate control of Hip-Hop the song was taken off his album, without his knowledge, before it hit the stores (Mos Def, a US citizen has also been recently refused re-entry into the nation of his birth), when Dead Prez put an apartheid era photo of armed black South Africans ready to rebel on their album cover, CD stores put a sticker over the cover (lest the guns be aimed at white oppressors instead of other niggers, nigger), when Ice T made the record Cop Killer, the US government stepped in and made his label drop him, etc. etc.

George Lucas, Mr. Star Wars, made a film called Red Tails about African American soldiers in World War Two and has spoken quite publicly about the fact that even he was blatantly and openly told no one would fund his film, because there was not a white hero in the story. He ended up having to use his own money. In fact come to think of it can you think of a single Hollywood film about racial/colonial struggles in which the white savior is not at the center of the story? I can’t.

These are American examples some will say, fine. Is the situation in the UK any better? No it’s possibly worse. Pretty much all the cinematic representations of black life in this country that have been given a platform to go ‘mainstream’ in my lifetime have been about guns, drugs and gangs. Is this very selective portrayal of black life in this country not censorship? As I look around my circle of Black male friends, almost all from ‘the hood’ and I see two lawyers, a couple teachers, an architect, a trauma surgeon, a PhD, some actors, a graphic designer, personal trainers, a classical composer and myself, I think so. Lets add to this the make up of the publicly funded arts institutions in this city where the majority of the population no longer identifies as solely ‘white British’. Do any of the publicly funded institutions look even remotely like the city they are supposed to serve? No, they look more like Hay-on-Wye (a lovely town, with many many bookstores by the way).

This constant privileging of certain views of the world is censorship by default, but our ‘liberal’ friends are not upset by it and probably do not even recognize it as censorship because it serves them, so we need not take their criticisms seriously. Censorship exists as a matter of fact; all they take issue with is whom the censorship should affect. They are of the ‘white people should be allowed to use the N-word to, other wise that’s reverse racism’ school of thought.

Which brings us back to those that say we only opposed Brett because he is a white South African – do some research please. Russell Simmons is one of the most prominent and wealthy black people on earth but when his company made a porno (literally a porno) featuring ‘Harriet Tubman’ and her ‘slave master’ (I promise you I am not making this up) did not half the Black world go crazy at him until he had to apologize and withdraw his bullshit idea from the market? I could give a host of other examples. The fact that Mr. Bailey IS a white South African, that grew up in the most overtly white supremacist nation ever founded and takes his arrogant white savior attitude toward black people that disagree with him, only serves to rub salt in the wounds, but it’s quite clearly not the source of our opposition. You will have to pardon us though, because while black and brown artists and thinkers that actually do what Brett claims to – oppose white supremacy – have a long history of being killed, monitored by governments, having their passports revoked, being written of as crazy or at best just economically castrated, this white South African is apparently worthy of praise and world tours. This insults our intelligence a little bit. 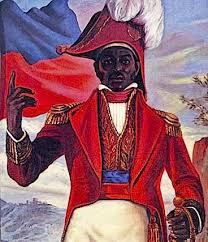 Jean-Jacques Dessalines, the governor-general of the successful Haitian revolution.

If our liberal friends want to have a serious discussion about censorship let’s first admit that it already exists, constantly, everyday to privilege the worldview and work of people like Mr. Bailey and that is part of why our reaction was so visceral. If we did not grow up in a world where everyone knows the name Wilberforce but comparatively few know the name Dessalines – again because of censorship – we might be less inclined to react, but there is a limit to the piss that humans, even black humans, will allow to be taken.

But you never saw the exhibition?

Yeah and what is your point? We saw the press releases, interviews and promotional video that Mr. Bailey approved to sell his measly 750 tickets. If we misunderstood his exhibition it is because his promo materials were rubbish or maybe we don’t quite have the intellect to appreciate the profound insight on offer. You can decide which.

But what about the performers?

Predictably the white establishment and Mr. Bailey himself have chosen to wheel out the black performers to defend them. This is the type cowardice we have grown to expect from such quarters. Again we don’t care what the performers say, why should we? Simply being born black does not make them scholars on the history or Empire and if you read their justifications and defenses of their paymaster it is abundantly clear they are not that. They do not care that the dominant, democratic opinion in ‘their own’ community is against them. So who is in the wrong they or us? They who privilege their individual, meagre pay check above the overwhelming opinion of their community and the respect of their history, or us who have very little to gain and actually quite a lot to potentially loose taking by taking this stand?

The last thing I will say on the matter. To those that crying that our discussions of white supremacy and empire somehow constitute reverse racism or victimize white people, please. It is you who make this accusation that are in fact anti-white, because it is you who assumes that there are not white human beings with enough intelligence to understand the discussion and the history at hand and engage with it in a meaningful way, clearly you are wrong.

Have a good day peoples.