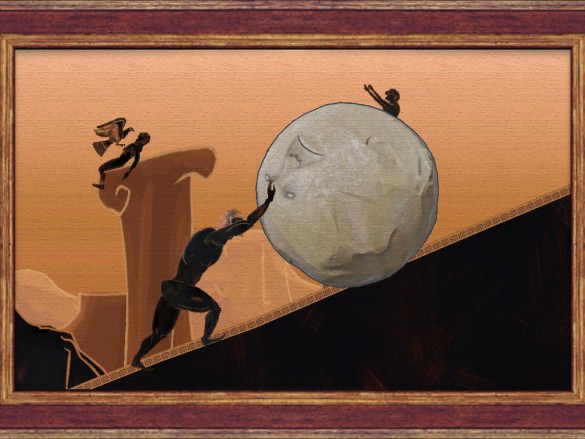 Sisyphus was a king of Ephyra (now known as Corinth) who was forced to roll an immense boulder up a hill, only to watch it roll back down, repeating this action forever. A Sisyphean task is defined as an endless unavailing task.

How do you know when you’ve won the struggle against racism? If we critically think about the central objectives of the various mainstream organizations forming in the current time, it becomes apparent they are merely neo-assimilationist movements working to fight the ideas in people’s head as opposed to creating institutions and a material basis for African self-determination. This commentary deconstructs this neo-assimilationist objective and proposes a more solid remedy to safeguard the lives of African people.

The Subterfuge of Equal Rights: Deconstructing The Liberal Assimilationist Tool of (neo) Colonialism Part 2 of 3