A cursory glance at this map of French “conquests” and “territories” over the centuries, dispels the myth that France is a propagator of “Liberty, Equality, Fraternity.” A more apt national motto would be “Domination, Assimilation, Imperialism.” Kimberley’s article points out the hypocrisy of France and their hackneyed national motto, when the objective truth points to the contrary. France to this very day has colonial territories which it euphemistically calls “overseas territories”, and the people who reside their aren’t correctly recognized as colonial subjects, but as French citizens, to make it plain “paper white folks” (similar to Africans in the U.S. being called “African-Americans”). This weak assimilationist subterfuge does not hide the fact that France is an imperial power which engages in colonialism and neocolonialism. As Frantz Fanon says in his seminal work, The Wretched of the Earth, the oppressed laugh and have their weapons at hand when they hear the colonizer speak about Western values, for it’s those same values—Liberté, Égalité, Fraternité—that holds them in perpetual servitude, and only the rejection of these “values” can lead to liberation.

Don’t kill white people. After all is said and done, the Charlie Hebdo outrage, the hashtags, and the million person marches amount to that simple but very powerful dictum. In the eyes of the governments that do most of the killing on the planet and the corporate media who act as their scribes, there is nothing worse than targeting even a handful of white people for death.

Charlie Hebdo is a supposedly satirical magazine published in Paris, France. It was little known to Americans until January 7, 2015 when two gunmen attacked its offices and killed twelve staff members. Charlie Hebdo was well known for intentionally violating the Islamic prohibition of depicting the prophet. According to survivors, the killers announced themselves as members of al-Qaeda and said they were avenging the prophet Muhammad. A policewoman and four more people were killed the following day when another gunman took hostages in a kosher supermarket.

One look at Charlie Hebdo cartoons shows that the word satire is being used very loosely. The depictions of cabinet minister Christiane Taubira as a monkey, and the kidnapped Nigerian school girls as pregnant welfare recipients make a mockery of the world satirical. Regardless of how many French politicians are skewered in its pages, it must be pointed out that Charlie Hebdo indulges in racist hate speech.

Their reputation for insult and offense was quickly forgotten and the call to unquestioningly identify with the victims was immediate. Within a few days, #Jesuischarlie was tweeted more than one million times. The propaganda onslaught created an awkward example of hypocrisy for world leaders who are always the worst killers of all.

Barack Obama trotted out tired denunciations, calling the attacks “cowardly” as he claimed to stand up for the rights of a free press. These were strange words coming from a man who on seven occasions has used the discredited Espionage Act to prosecute whistleblowers who leak to the media.

Americans were not alone in hypocritically condemning murder. The convenient selective amnesia of the French people is as stunning as their sense of feeling more aggrieved than anyone else in the world.

France was a party to every atrocity and genocide committed by Europeans in history. France played a major role in the trans-Atlantic slave trade, kidnapping approximately 1,250,000 Africans and sending them to work under barbaric conditions in their American territories. 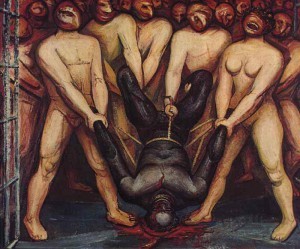 As Kimberley points out, the French—and the rest of the Western world—ganged up on Haiti and punished them for freeing their African selves! Where was/is the crying and reparations for the Africans subjugated to the barbarity of the “freedom loving” French. Some of the civilized acts that Africans were exposed to by the French in Haiti included—but were not limited to—forced consumption of feces and urine, shoving gunpowder in the rectum of an African and setting them afire, castration, roasting them on slow fires, burying them up to their neck and smearing their heads with sugar so that flies might eat them alive. Atrocities such as these are the foundations of empires, so the freedom that the French proclaim they epitomized is freedom that’s brought about through imperialism. Malcolm said it best, chickens do come home to roost!

After being forced out of Haiti by the world’s most successful slave rebellion, France then held that nation hostage under threat of re-enslavement and demanded a payment of $60 million francs which were paid from 1838 to 1947. Haiti remains poverty stricken to this day as a result.

France was at the table during the 1884 Berlin Conference which chopped Africa up into European spheres of influence. France engaged in mass slaughter again and again as it attempted to prevent colonies such as Vietnam and Algeria from gaining independence.

After NATO murdered Muammar Gaddafi in 2011, French president Nicolas Sarkozy traveled to Libya to personally gloat over the country he helped to destroy. He was joined by UK prime minister David Cameron, who was also among the killers-in-chief who arrived in Paris looking solemn. France and the UK are part of the NATO effort to destroy Syria and turn it into a chaotic ruin as they have done to Libya.

The corporate media determines who is and who isn’t a worthy victim and people with dark skin rarely make the cut. The thousands of Palestinians killed by Israel in Gaza included members of the press. Seventeen journalists were killed in Gaza in 2014 alone, yet Israeli president Netanyahu was allowed to join the “unity march” in Paris as if he too were an innocent.

There is enough horror in the world to cause outrage but the level of outrage seems to depend on who is being treated horribly and who is carrying out the atrocity. The worst acts of terror are committed by heads of state who don’t kill seventeen people as these attackers did in Paris. They kill in the thousands yet are still treated with respect.

It doesn’t say much for the state of human advancement that killings committed by individuals still create so much more concern than those committed by governments. They get away with mass murder because the same corporate media which saturated coverage of Charlie Hebdo say little or nothing about Gaza or Libya or Somalia or Syria or Iraq or Haiti. Instead of pointing out that Barack Obama is a killer too, the pundits criticize him for not being among the sanctimonious liars who gathered in Paris. The group photo should have been a perp walk to the Hague instead of a photo opportunity for the seriously blood thirsty.

Murder is wrong when committed by individual gunmen with grudges and it is still wrong when it comes from a drone strike. A unity march should denounce human rights abuses, of which warfare is the worst. The next time 1 million gather to denounce terror, the anger should be directed at those people who carry it out the most. 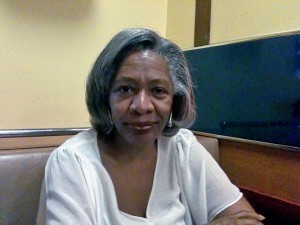 This article was originally published by Black Agenda Report’s editor and senior columnist, Margaret Kimberley, in her weekly Freedom Rider column in Black Agenda Report on January 15th, 2015. C-101 Senior Editor James Stone had the pleasure to meet and interview Ms. Kimberley in 2012, and can say unequivocally she is most definitely a FREEDOM RIDER! Ms. Kimberley maintains a frequently updated blog as well as at http://freedomrider.blogspot.com. She lives in New York City, and can be reached via e-Mail at Margaret.Kimberley(at)BlackAgendaReport.com.

C-101 editors modified the article to include pictures with excepts.