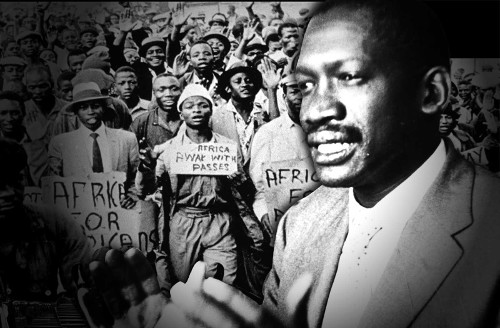 Robert Mangaliso Sobukwe, founder of the Pan Africanist Congress of Azania (PAC), is frequently omitted from the Western mainstream historical record of liberation struggles in Azania (South Africa). The PAC was formed by brake away members of the African National Congress (ANC) because of their uncompromising stance that Africa was for Africans, a stance that stood in contradistinction to the integrationist ANC.

This is part 2 of our discussion with Julian Kunnie about his book Is Apartheid Really Dead?: Pan-Africanist Working-Class Cultural Critical Perspectives. His book argues that the path of capitalism the post-apartheid government has taken signifies a pro-bourgeois position that adheres to the dictates of global market forces.

This episode features music from Akala from his albums Knowledge is Power Mixtape, Vol.1 and The Thieves Banquet the tracks are “Get Educated” and “Maangamizi”, respectively.