You are here: Home » Library » Novels » The Parachute Drop by Norbert Zongo 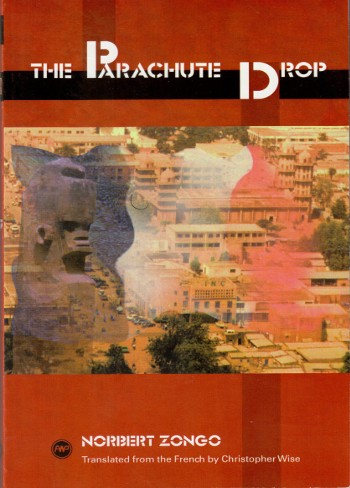 Norbert Zongo was one of Burkina Faso’s most respected journalist before his politically motivated murder in 1998. As an editor of the newspaper per L’Indépendant, Zongo wrote under the pen name of Henri Segbo, frequently attacking governmental crime and impunity, or what he called “mobutuization,” after the notoriously corrupt western backed Congolese puppet Mobutu Sese Seko (him and his masters overthrew the great African patriot Patrice Lumumba). Zongo openly criticized the neocolonial puppet, murderer of Thomas Sankara, and running buddy of the neocolonial puppet Barak Obama, President Blaise Compaoré’s long reign of terror, extortion, and impunity in Burkina Faso. After surviving several attempts on his life, Zongo was killed along with his brother Yembi Ernest and two other traveling companions when his car was fire-bombed by members of Compaoré’s presidential guard. Zongo’s death was followed by an extreme period of political unrest in Burkina Faso.

Zongo’s novel The Parachute Drop is an eerily prophetic narrative foretelling many of the events that preceded his death. His novel shows how a fictional West African nation named Watinbow is “mobutuized” by a succession of Western-backed tyrants, foreign advisors (former colonizers, now neocolonizers), and external financial agents (neocolonial agents who wield the conquering sword of debt in the form of “developmental aid”). President Gouama, a man of demonic energy, malice, and greed, is toppled in a coup d’état and must now confront the people of Watinbow, whom he has betrayed.

As of the time of this writing the Obama’s neocolonial homeboy Blaise Compaoré was forced from Burkina Faso in October 2014 due to popular uprisings. We can only wonder if  Blaise and Obama will still have time to get together from time to time to reminisce on all the African lives they’ve ruined. Probably not, because, as  Zongo accurately points out, in The Parachute Drop, there is no loyalty between African bourgeoisie.