You are here: Home » Library » Political Economy » The World We Wish to See: Revolutionary Objectives in the Twenty-First Century by Samir Amin 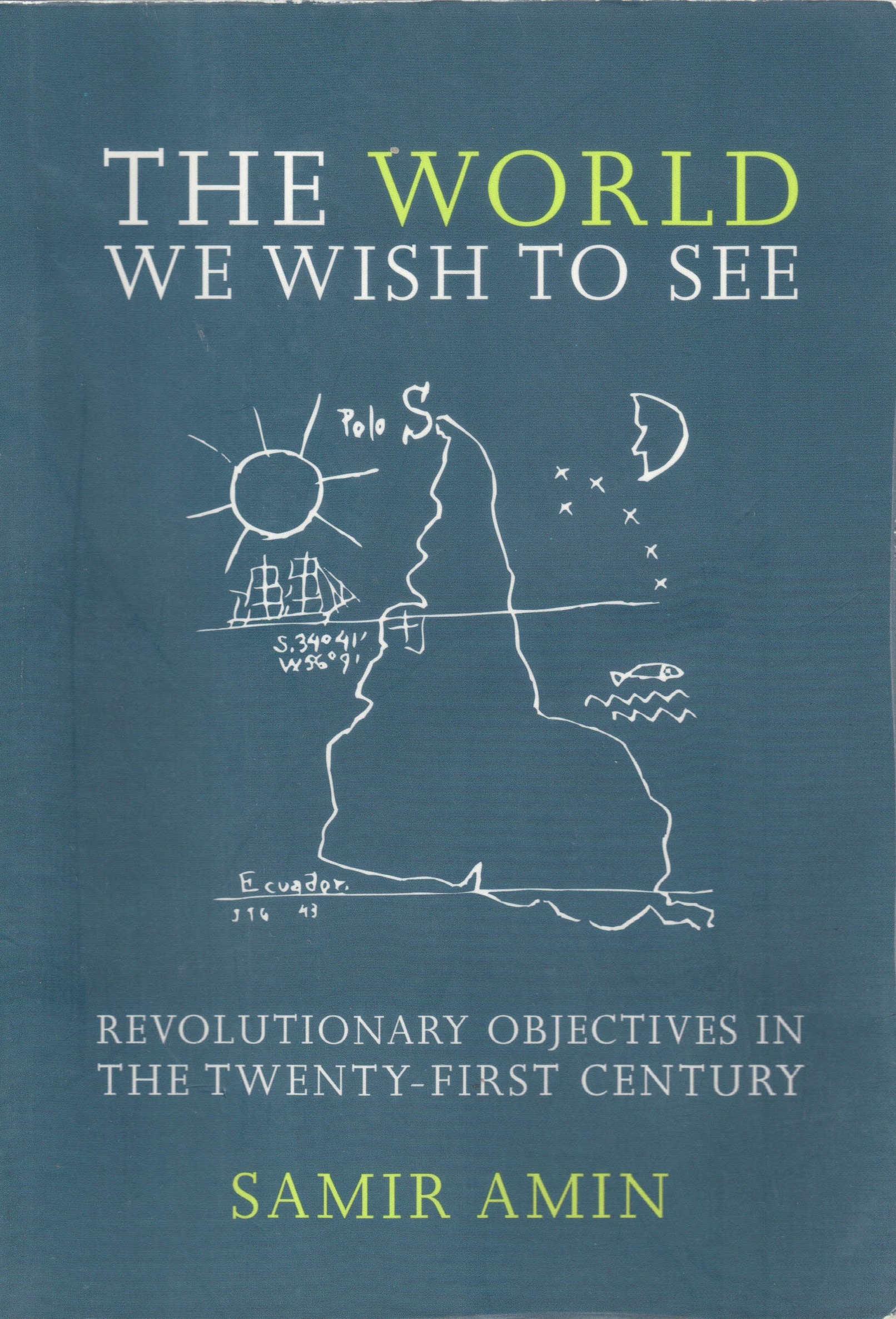 The World We Wish to See: Revolutionary Objectives in the Twenty-First Century, presents a sweeping view of twentieth-century political history and a stirring appeal to take political culture seriously. Samir Amin offers a provocative analysis of resistance to capitalism and imperialism and calls for a new politics of opposition. Capitalism is a global system, so ultimately any successful challenge to it must be organized on the same level: an “internationalism of peoples.”

Throughout the twentieth century the socialist and communist internationals, national liberation movements, and great revolutions have presented challenges to the world order. Amin provides a succinct discussion of the successes and failures of these mobilizations, in order to assess the present struggle. Neoliberalism and the drive for military hegemony by the United States have spawned new political and social movements of resistance and attempts at international organization through the World Social Forum. Amin assesses the potential and limitations of these movements to confront global capitalism in the twenty-first century. The World We Wish to See makes a distinction between “political cultures and conflict” and “political cultures of consensus.” A new politics of struggle is needed; one that is not afraid to confront the power of capitalism, one that is both critical and self-critical.

In this persuasive argument, Amin explains that effective opposition must be based on the construction of a “convergence in diversity” of oppressed and exploited people—whether they are workers, peasants, students, or any other opponent of capitalism and imperialism. What is needed is a new “international” that has an open and flexible organizational structure to coordinate the work of opposition movements around the world.