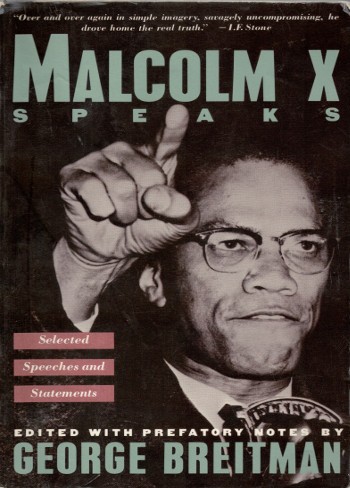 These are the major speeches made by Malcolm X during the last eight months of his life. While the white ruling class and the petty bourgeois African classes frame Malcolm X’s political ideology as a break from the Black militarism prevalent in his earlier years, his speeches provide detail which will lead the reader to a vastly different conclusion. On the contrary, Malcolm began to understand that the issues Africans face in the United States is a colonial problem which is the basis for the degradation for Africans all over the world. In direct opposition to mainstream understandings, Malcolm understood that colonial domination can only be remedied via an organized strategy which included all forms of resistance.