You are here: Home » Library » Novels » The Last of the Empire by Ousmane Sembène 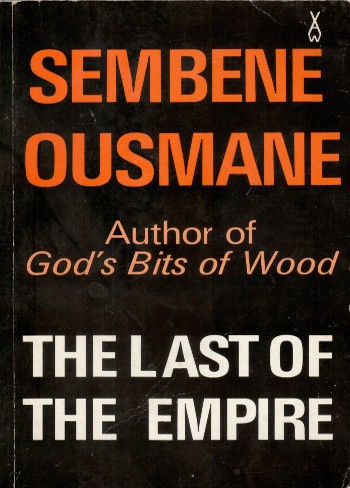 Doyen Cheikh Tidiane Sall had decided to resign not because of complicity but because he, like the President, was in his eighties. He was as mystified as the rest of his cabinet colleagues: “A President who disappears into thin air! A Trick. Why? To what end? Not even the Minister of Finance Mam Lat Soukabe, despite his affair with the President’s wife, knew. Not even Daouda the Prime Minister knew, even though he got the President’s doctor to tell the press otherwise. All the evidence left was a crashed car and a dead Presidential chauffeur. Have French agents been involved? Does the army know? Is somebody trying to destabilize the old and tired regime? Or does this symbolize the end of neocolonialism in Senegal and Africa as a whole signaling “The Last of the Empire”.