You are here: Home » Library » Readers » We Are Our Own Liberators: Selected Prison Writings by Jalil A. Muntaqim 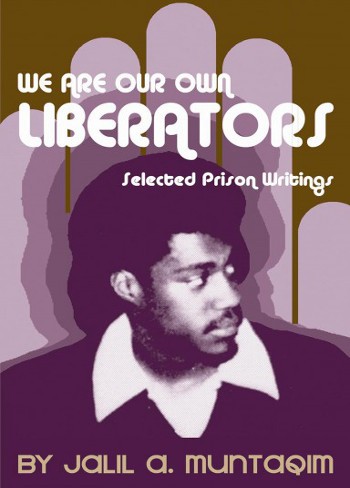 What does it mean to be an “anti-racist”? We know you probably have a lot of answers to this question, but first off let us properly define racism. Racism is merely the ideological underpinning of colonialism. Colonialism is the material basis behind what is known as “racism”. So it’s more than laughable to have “anti-racist” seminars, where people receive certificates that prove they are not racist while they still enjoy all their colonial privileges. Not one inch of the Indigenous lands in what is called the Americas has been relinquished by any of the white people attending a Tim Wise lecture on “white privilege”. Not one African person has received reparations and been given the space to rebuild Africa when a white person obtains an “anti-racist” certificate. The point is, there is no “color problem” in the world—there is a COLONIAL problem that expresses itself through the ideology of “racism”. Hell, if it was merely a “color problem”, then how do you explain the oppression of the Irish by the British Empire? Colonialism’s ideological underpinning was not color in this particular case. What created this idea of the “white man” was when Western Imperialism went amongst the world’s people—the majority being of a darker hue than Europeans— to oppress them through colonization. Colonialism, especially as it relates to African people, created this concept and ideology called “race”. This myth has been made into a reality, so what is a colonizer/colonized contradiction presents itself under the subterfuge of a “color problem”. So while racism is very real, and many have died from racist acts, to fight racism in itself can only lead to assimilation for the colonized, and the colonizer feeling really good about themselves about “seeing a person of color” as just like them. As some colonized Africans say down south, “Don’t act your color! And white folks will give you a job!” The fact that white folks have the power to give you a job is a given, your job as a colonized person (“person of color”) is to get them to see your “latent white potential”. No human being’s freedom should not and cannot rest upon their oppressor liking them. That’s not freedom but a mere change in conditions under domination. Racism is merely a symptom of colonialism; you can’t cure a disease by treating the symptom.

We Are Our Own Liberators: Selected Prison Writings by Jalil A. Muntaqim not only gives the same diagnosis of imperialism/colonialism as an ideological underpinning of racism, but also gives practical solutions to combat colonialism. True liberation, as Jalil writes, cannot be bestowed by the oppressors, it must be taken; and true liberation doesn’t come from people liking your color or when women are perceived to be as “good” as a man. It comes from the oppressed empowering themselves and having the ability to define what freedom is on their own terms. This second edition of We Are Our Own Liberators consists of over 36 years of Jalil’s prison writings. A former member of the Black Panther Party and the Black Liberation Army, Jalil is one of the world’s longest held political prisoners, having been incarcerated in the United States since 1971. This valuable collection of writings represents some of the most significant contributions has made to the Black Liberation and New Afrikan Independence Movements.