You are here: Home » Library » Political Economy » A Brief History of Neoliberalism by David Harvey 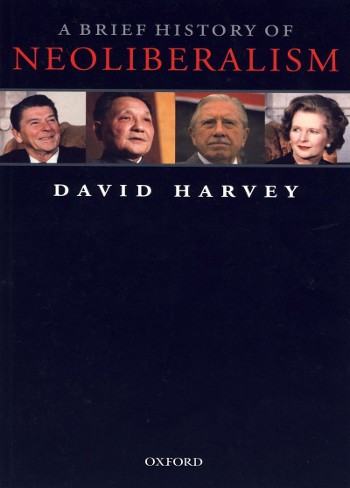 Neoliberalism–the doctrine that market exchange is an ethic in itself, capable of acting as a guide for all human action–has become dominant in both thought and practice throughout much of the world since 1970. David Harvey tells the political-economic story of where neoliberalization came from and how it proliferated on the world stage. Through critical engagement with this history, he constructs a framework, not only for analyzing the political and economic dangers that now surround us, but also for assessing the prospects for the more socially just alternatives.