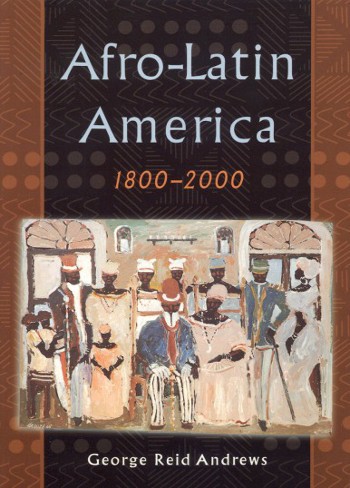 For geopolitical reasons, Western imperialism in Europe and the Americas has purposefully mislead people to believe that African people were only enslaved in the United States. This was primarily to undermine Pan-Africanism and engender a bantustan type dependency among Africans in the Americas. To fully understand how enslavement destroyed and dispersed African people, it is essential that we know the history of the slave institutions as they started in Latin America (i.e. The first manifestation of “America”). When we conceive of slavery as an institution exclusive to the plantations of Mississippi, we have an incomplete and inaccurate picture of the full attacks on Africa by most of the nations of Europe.

In this, the first history of the African diaspora in Latin America from emancipation to the present, George Reid Andrews deftly synthesizes the history of African people in every Latin American country from Mexico and the Caribbean to Argentina. He examines how African people helped shape and responded to political, economic, and cultural changes in American societies. Spanning two centuries, this should be read by anyone interested in African peoples’ contribution to human history and the development of the Americas.