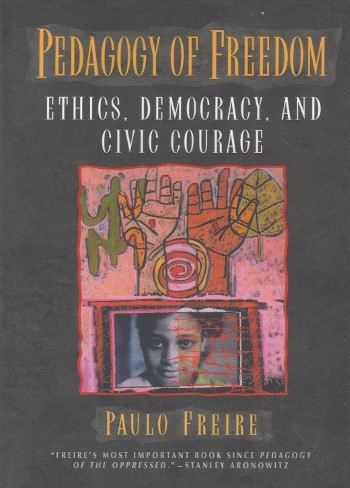 In Paulo Freire’s last book, before his untimely death, he lays out a searing polemic addressed to the many despairing and fatalist voices whose ideas of determinism and “the end of history” have been given prominence in the present world of neoliberalism. This is a much needed book because it is a tool to understand the ways in which the world is changing and can be further shaped with praxis. As Freire notes in this volume, “There are insistent questions that we all have to ask and that make it clear to us that it is not possible to study simply for the sake of studying. As if we could study in a way that really had nothing to do with that distant, strange world out there. For what and for whom do I study? And against what and against whom?”