You are here: Home » Library » Readers » Maurice Bishop Speaks: The Grenada Revolution and Its Overthrow 1979-83 by Bruce Marcus & Michael Taber 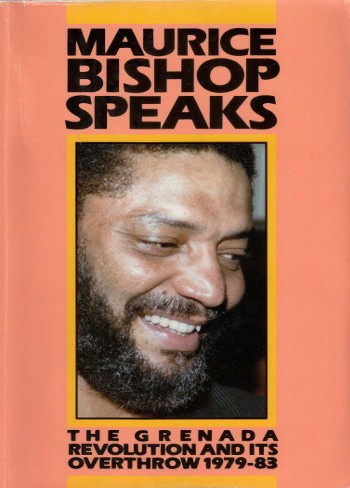 These are the speeches of Maurice Bishop, prime minister of Grenada during the 1979-83 revolution. In 1983 the workers’ and farmers’ government was overthrown by a coup. Bishop, the central leader of the revolution, was murdered. This betrayal opened the door to a U.S. military invasion, which installed a pro-U.S. regime. Bishop explains here what the revolution was about and why the U.S. government opposed it. A primary assessment was, since Grenada was an English-speaking island inhabited by African people, there was a higher risk that the Grenadian revolution would inspire revolt among Africans in the United States. His speeches assess the gains made by the working people of the island during the revolution. Workers and farmers began to take in hand the governing of their country, develop its economy, and combat the effects of imperialist exploitation and racist oppression.