You are here: Home » Library » Readers » The Philosophy and Opinions of Marcus Garvey, Or, Africa for the Africans by Marcus and Amy Jacques Garvey 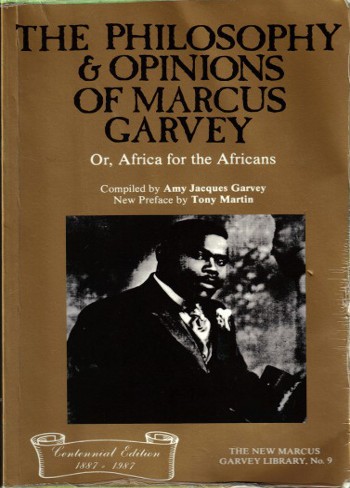 Not much to say about this book other than it is essential reading for all African people. Whether or not you see Marcus Garvey as divinely inspired or merely an extremely politically astute man, one thing cannot be denied about his political endeavors; he got both his political project and constituency correct! One only has to look at the state of African people around the world today, and contemplate how African people would be living if Garvey’s political project hadn’t been destroyed by the Western imperial powers. It is highly unlikely that an organized Africa with state power would be the theater for proxy wars or her people subject to brutality by settler colonial police squads.

Although Garvey’s movement was crushed, the project obviously still needs to be brought to fruition. There will never be such a thing as “African-American freedom”, “West Indian freedom”, “Afro-Latino freedom”, “Nigerian freedom”, “Haitian freedom” etcetera. Only a people united are capable of providing their own freedom because with unity there is power. It is only AFRICAN FREEDOM (UNITY=POWER=FREEDOM), that can guarantee the security and development of that section of humanity whose origins and birthright are Africa. For all of those who like to discredit Garvey, and claim to be the “friends” of Africans, you have to ask why our “friends” never see African unity as the solution to our problems, but only the perennial struggle for more rights as their colonial subjects with our fabricated national identities.