We here at Conscientization 101 would not have been able to make it through Karl Marx’s Capital, Volume 1: A Critique of Political Economy, without Distinguished Professor of Anthropology & Geography at the Graduate Center of the City University of New York (CUNY), Director of The Center for Place, Culture and Politics, and author of numerous books, David Harvey’s 13 part lecture series. It was a very luminous read. We live in a capitalist society that has been the ruling international order for quite some time now; the irony of this objective reality is that the vast majority of people do not know how this system works or of its existence at all. Ignorant to the fact that we live in a capitalist society, we see oppression, exploitation, ecological devastation, wars, colonization, layoffs, poverty, and many other social ills not rooted in the social system of capitalism but in certain sectors in society “lacking moral character”…in essence capitalism is not seen as the pathological social system that it is—but instead— there exist individuals who are not able to “properly enact capitalist principles”.

What Marx’s Capital, does is clear away all these false notions that when something in a capitalist society goes tremendously wrong—let’s say massive layoffs from a company that has made consecutive annual profits—that this is not a decision made by a “greedy CEO”, it is a decision made by a “CEO” pure and simple. A CEO is a capitalist, whether or not you think she/he is a nice gal/guy is irrelevant. There can be no “friendly” capitalism; capitalists are in business to valorize capital pure and simple. Capitalists do not care about your family, your health, the earth, or community.

Since capitalism is a social system—not economic—every single aspect of one’s life is dictated by the mandates of capitalism. Capitalists will pollute the water, then sell it to you in a plastic bottle, and then sell you an “exclusive” t-shirt that says that you are a part of a “community of responsible citizens” for purchasing their “environmentally consciously” produced water in a plastic bottle…these are the type of communities capitalism creates. And if you cannot buy this “environmentally consciously” produced water in a plastic bottle, then FUCK YOU! It’s obvious that you are a part of the problem of ecological devastation you broke bastard! You gotta love these types of communities, they are so biophilic. NOT!

David Harvey’s exemplary knowledge of Marx’s Capital—he has taught the book for over 40 years—makes his lectures an indispensable tool in understanding the aforementioned points, and Marx’s central theme that capitalism provides extreme abundance for a few at the expense of an abundance of misery for  the many. 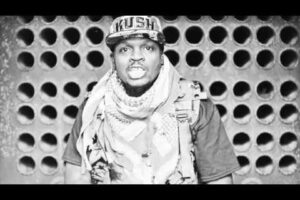