You are here: Home » Library » Political Economy » Decolonising the African Mind by Chinweizu 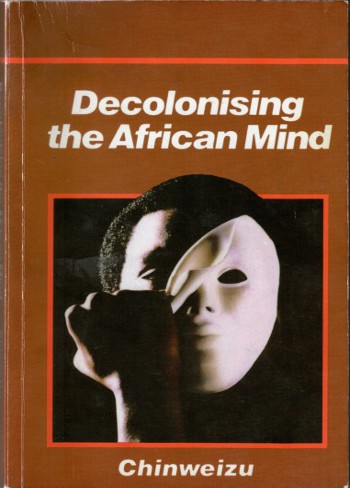 In this sequel to The West And The Rest Of Us, Chinweizu examines the colonial mentality, in its various manifestations, and how it has obstructed African economic development and cultural renaissance since political decolonization was achieved. And while it is generally known about the deleterious effects of European colonialism on African development, in Decolonising the African Mind, Chinweizu uncompromisingly reveals the same deleterious effects Arab colonialism has had on African development, in contrast to the generally held notion that domination of Africans by Arabs was some type of benign conquest in comparison to the white man. Chinweizu accurately impresses upon the reader that Europeans and Arabs have historical had their own political designs on the African continent, which was not for the benefit of African people.

What becomes clear while reading this book, is that no matter what propaganda tries to suggest, Africa is not an overseas provenience of Europe or Arabia. Africans around the world must stop being mealy-mouthed, and uncompromisingly claim their African identity, as opposed to being lost in some “multicultural” abyss with non sequitur identities like “person of color”. Hell the majority of the world has color, the only people without color is Europeans, by understanding the invasion of Africa by Arabs, Africans can understand that liberation will not come by negating one’s African identity into the fraternity of “people of color”. Chinweizu’s statement in his piece in the book entitled, “Calibans VS. Ariels”, best sums up the purpose of decolonizing the African mind:

Then central objective in decolonising the African mind is to overthrow the authority which alien traditions exercise over the African. This demands the dismantling of white supremacist beliefs, and the structures which uphold them, in every area of African life. It must be stressed, however, that decolonisation does not mean ignorance of foreign traditions; it simply means denial of their authority and withdrawal of allegiance from them. Foreign traditions are part of the harvest of human experience. One should certainly know about them, if only because one must know one’s environment, and especially one’s enemy. One should certainly use items from other traditions provided they are consistent with African cultural independence and serve African objectives; but one should neither ape nor revere them, let alone sacrifice African interest to them. (pgs.6-7)

Africans this a must read, that is unless your satisfied with current our existence as thralls of the world.