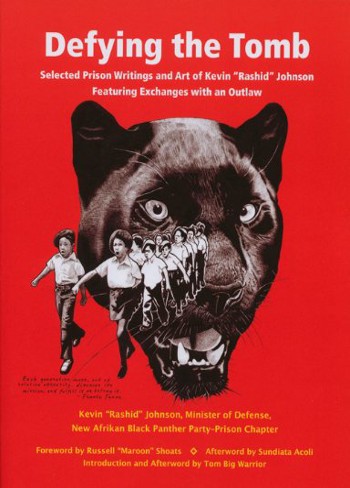 Defying the Tomb is a text that defiantly lays to rest the hackneyed bourgeois stance of “we don’t have time to intellectualize, let’s go out there and do something.” No! No! No! Rashid is a living embodiment of conscientization. Coming into revolutionary theory while locked in the belly of the imperial beast of the United Snakes, Rashid demonstrates that every single human being has the capability to grasp revolutionary theory, and engage in action Reader based on discernment of revolutionary theory. Rashid’s exchanges between his comrade Outlaw definitely struck accord with us. It was reminiscent of the many dialogues we have had with many interlocutors to ascertain correct revolutionary theory in order to engage in practice.

There is no doubt Rashid is a revolutionary African committed to African liberation. We highly recommend this book.