You are here: Home » Library » Novels » Blake or The Huts of America by Martin R. Delany 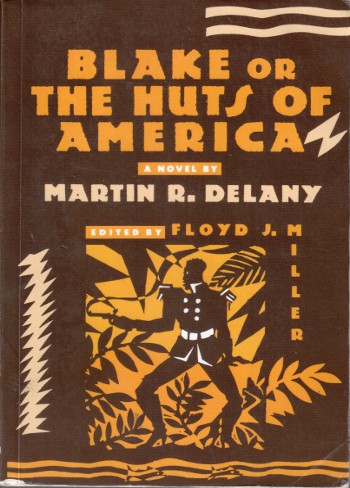 Blake or The Huts of America is the fascinating story by the late great Pan-Africanist Martin Delany (1812-1885). The narrative focuses around an enslaved African by the name of Blake who travels throughout the South advocating African nationalist revolution, which ultimately culminates into Blake becoming the general of an African revolutionary struggle in Cuba. Blake hopes that, with rebellion in Cuba and the expulsion of all Americans, Cuba’s model as a self-governed African state will ultimately precipitate the restoration of the worldwide African nation.

As you read Delany’s Blake you must be ever mindful that Delany wrote this master piece during the height of chattel enslavement in the settler colonies of the Americas and while the European powers assault on African sovereignty was in full bloom on the continent. This assault lead to slavery in Africa which is known by the political term of colonialism, a term that is used to obfuscate the interconnectedness of the worldwide African nationalist struggle. What Blake demonstrates, which was the dominate political position of enslaved Africans at that time contrary to Western trained academics and Hollywood movies, is that Africans were fighting for freedom from America not to become Americans. We would like to thank Ezrah Aharone author of; Pawned Sovereignty: Sharpened Black Perspectives on Americanization, Africa, War and Reparations, Sovereign Evolution: Manifest Destiny From “Civil Rights” to “Sovereign Rights”, and The Sovereign Psyche: Systems of Chattel Freedom vs. Self Authentic Freedom Volume 1 for making us aware of this phenomenal work from Delany.