You are here: Home » Library » Novels » The Poor Christ of Bomba by Mongo Beti 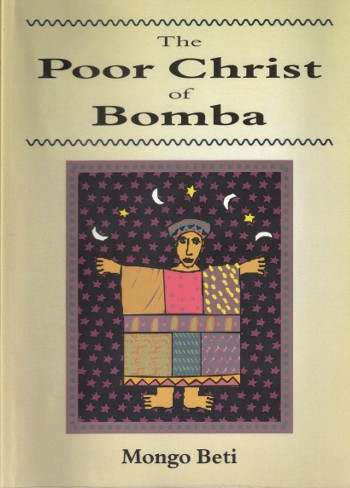 A novel of considerable power and complexity from the pen of one of Cameroon’s greatest modern writers, Mongo Beti, The Poor Christ of Bomba is a biting critique of colonial life and the destructive influence of French Catholic missionary activities in Cameroon.

Written as the journal of a young priest’s assistant, Denis, the satirical novel tells the story of a missionary in the 1930s. In Bomba, the girls who are being prepared for Christian marriage live together in the women’s camp known as  the sixa. It is not clear whether the girls have to stay in the sixa for such long periods for the good of their souls or for the good of the mission-building program. Only gradually does it become apparent that the local churchmen have also be using the local girls for their own purpose. The priest realizes the futility and pointlessness of attempting to convert Africans who, as he concludes, already worshipped God in their own way.

As you read this book you will discover that colonizers impose alien customs on the people they want to oppress and these customs are mere handmaidens for imperial domination. It should go without saying that this type of relationship leads to utter ruin for the dominated, even under the benevolent guise of “civilizing”.