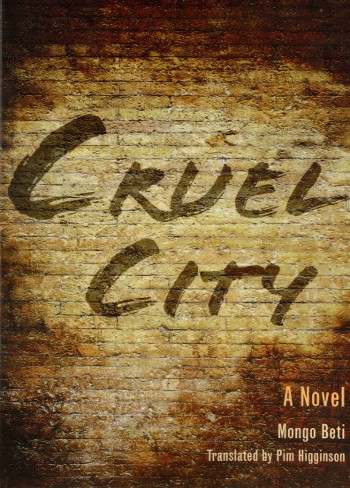 Under the pseudonym Eza Boto, Mongo Beti wrote Cruel City in 1954 before he came to the world’s attention with the publication of The Poor Christ of Bomba. Cruel City tells the story of a young man’s attempt to cope with capitalism and the rapid urbanization of his country. Banda, the protagonist, sets off to sell the year’s cocoa harvest to earn the bride price for the woman he has chosen to wed. Due to a series of misfortunes, Banda loses both his crop and his bride to be. Making his way to the city, Banda is witness to a changing Africa, and as his journey progresses, the novel mirrors these changes in its style and language. Published here with the author’s essay “Romancing Africa,” the novel signifies a deliberate challenge to colonialism, and demonstrates that this challenge begins with new types of cultural manifestations to replace traditions that were seemingly destroyed under the yoke of Western imperial pillage.