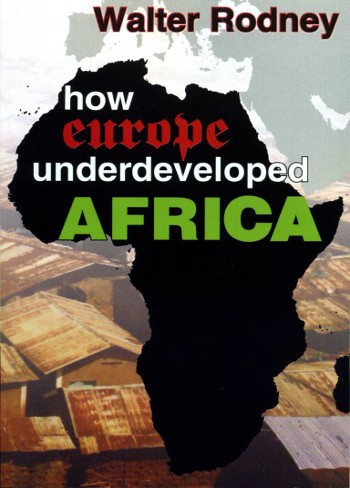 The decisiveness of colonialism/slavery and its negative consequences for Africa spring mainly from the fact that Africa lost power. Power is the ultimate determinant in human society, being basic to the relations within any group and between groups. It implies the ability to defend one’s interest and if necessary to impose one’s will by any means available. In relations between peoples, the question of power determine maneuverability in bargaining, the extent to which a people survive as a physical and cultural entity. When one society finds itself forced to relinquish power entirely to another society, that in itself is a form of underdevelopment. Africa and her children are not in their current state of degradation due to atavism but through explicit and methodical underdevelopment. This books proves this as an objective fact.