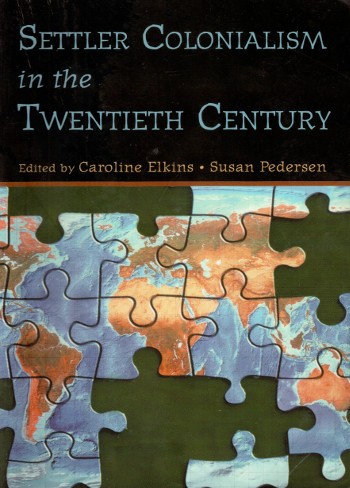 Settler colonies still grapple today with the divisive and difficult legacies unleashed by settler colonialism. Whether they were settled for trade or geopolitical reasons, these settler communities had in common their shaping of landholding, laws, and race relations in colonies throughout the world. By looking at the detail of settlements in the twentieth century–from European colonial projects in Africa and expansionist efforts by the Japanese in Korea and Manchuria, to the Germans in Poland and the historical trajectories of Israel/Palestine and Azania (South Africa)–and analyzing the dynamics set in motion by these settlers, the contributors to this volume establish points of comparison to offer a new framework for understanding the character and fate of twentieth-century empires.

This is a very instructive book, however, we must remember that North and South America are also settler colonies. When reading this book, the comparisons can also be applied to the United States, Canada, Australia, New Zealand, and all the countries in Latin America. All too often, the struggles of the Indigenous people in these territories are rendered invisible, especially in the United States, because these settler colonies are projected as origin countries where the settler became native.