You are here: Home » Library » Novels » The Healers by Ayi Kwei Armah 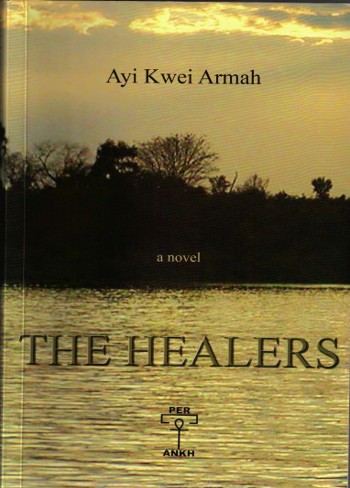 African history turns on a tension between divisive forces, exploiting ethnic and class differences for quick profits, and unifiers, sacrificing narrow sectional advantages for the greater good. Over the centuries, the divisive forces have ruined Africa by helping foreign invaders pillage our resources—from people in the past, to industrial metals and energy today.

Less visible is the regenerative work of unifiers following an ancient vision of unity of social prosperity. In Kemet, such a group was the Shemsw Maât. In medieval MaIi, a similar group framed the Union Charter. In the 19th century, when Europeans and collaborators devised the poverty machine now camouflaged as independent states, one such group led resistance by reminding the population of our past unity, and advocating a rebirth of that unity. These were The Healers. This is their story.