This video is a non-linear compilation of Malcolm X’s speeches from 1960 to 1965. The compilation highlights Malcolm’s burgeoning understanding and his resulting efforts toward building Pan-Africanism. It is clear from his speeches and interviews that Malcolm was able to link the experiences of African people from Africa, the Americas, Europe and Asia in order to internationalize African people’s oppression.

One of the primary aspects of Malcolm’s organizing was his use of language. Malcolm always spoke in terms that all African people can understand and was willing to give voice to everything we know to be true through our experiences on this planet. He spoke specifically to poor, working class Africans and never focused his efforts on making the colonizer a primary factor in the strategies and tactics he worked to organize in our communities. However, Malcolm knew Africans needed allies from people in other communities because we do not exist in isolation from the world. He was therefore willing to work with other people, but his base was always in Africa starting from people who are perceived to be powerless.

When Malcolm helped us understand the house negro vs. the field negro, he was clarifying the concept of class within the African community. As opposed to being primarily based in economics, as class manifests itself in the colonizers’ community, class in the African community is mainly rooted in race and our ability to imitate and work to develop the colonizer. Malcolm is held up as a Black, African revolutionary throughout the world because he never apologized for being African and was not afraid to be very vocal and proactive based on this conviction. No matter where you come from, Malcolm used his life as an African to liberate the human collective. 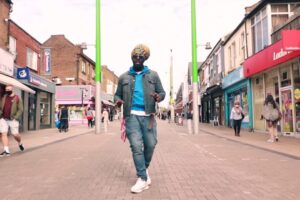