You are here: Home » Library » Political Economy » Black-On-Black Violence: The Psychodynamics of Black Self-Annihilation in Service of White Domination by Amos Wilson 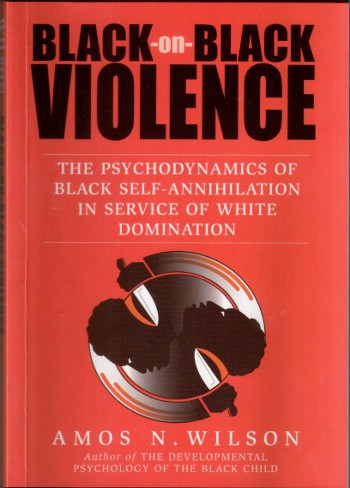 The main thesis of this book is that the operational existence of Black-on-Black violence in the United States is psychologically and economically mandated by the White American-dominated status quo. The criminalization of the Afrikan male in America is a psychopolitically engineered process designed to maintain the dependency and relative powerlessness of Afrikan communities.

Black-on-Black Violence, however, moves far beyond blaming the victimizer. Its meticulous and painstaking exposure of the psychosocial and intrapsychical dynamics of Black-on-Black criminality is startlingly revealing. Its analyses of the collective psyches of both the White American and Afrikan communities are unsparingly and powerfully instructive. The reader will not be left unmoved.