You are here: Home » Library » Autobiography/Biography » Eyes to My Soul: The Rise or Decline of a Black FBI Agent by Tyrone Powers 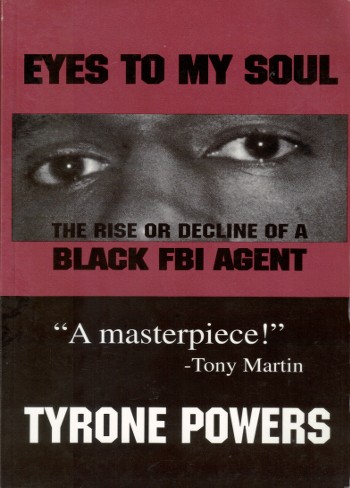 We first saw Tyrone Powers in a video where he was sharing a stage with our late brother Del Jones in the 90s.  In the video the attendees were evaluating ways African people should plan and organize our communities in the face of hostile law enforcement practices.

Tyrone Powers spent nine years as an FBI agent, with postings in Cincinnati and Detroit. Powers describes sheet-clad students at the FBI Academy impersonating Ku Klux Klansmen. He reports on FBI Agents in Detroit raising funds for white Detroit policemen charged with second degree murder in the death of Black motorist Malice Green. On one occasion white agents put an ape face on a photo of an African agent’s children which was displayed on his desk.