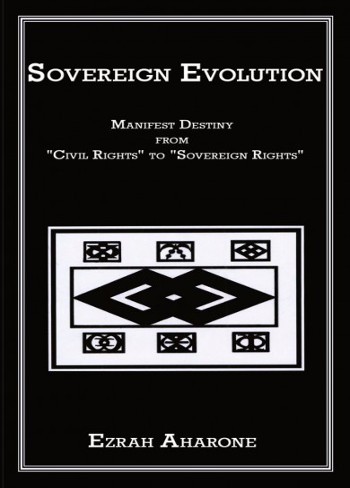 From “emancipation” to “segregation” to “integration”, Africans in America exist today by virtue of a continuum of political evolutions, each of which is built upon prior legacies and achievements. In advancing our political progression and unification with Africans all over the world (i.e. Pan-Africanism), Sovereign Evolution re-declares freedom in 21st-century terms, using sovereign principles and standards. Whether the issue concerns Katrina and Jena, or being underrepresented in Congress and overrepresented in penitentiaries, the common thread as Ezrah Aharone demonstrates, is that Africans in America are an Un-Sovereign People, who pay varying degrees of Un-Sovereign Consequences. Thus, in a very methodical manner, he circumscribes sovereignty in a universal and historical context that confers Africans in America with just as much integrity and authority as any other people to espouse and employ sovereign aspirations. The ideological framework herein self-applies and legitimizes the concept of sovereignty in ways that no other work has succinctly captured in politically-relatable terms.