You are here: Home » Library » Political Economy » The Groundings With My Brothers by Walter Rodney 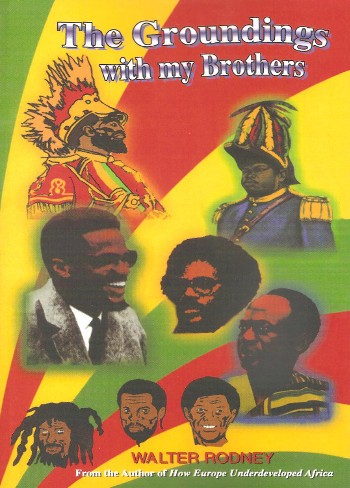 As the great African patriot born in Jamaica, Paul Bogle said, “Remember your colour and cleave to black,” this is what Walter Rodney, the great African revolutionary from Guyana, always held true to throughout his life. In Groundings With My Brothers, Brother Walter exposes the neocolonial regime that resides (and banned him) in Jamaica as the lackeys of imperialism that they are. This supposed “Independent” Black government, banned literature from Malcolm X, Kwame Ture (formerly known as Stokely Carmichael), and others that could possibly electrify the masses to overturn the puppet regime. Brother Rodney shows how the Black government, is really a bunch of negros that persecute the Rastafari Movement, because they are in fact explicitly BLACK AND ABOUT LIBERATION! We could go on and on about this book, but you need to read this for yourself, with it coming in at a mere 68 pages, there is no excuse not to read this joint and get your conscientization on. This book proves that the saying “big things come in small packages” is not just a hackneyed platitude.