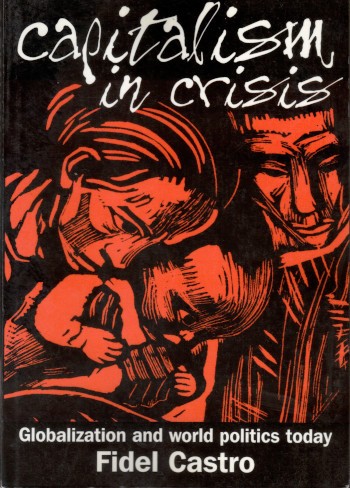 Fidel Castro’s Capitalism in Crisis: Globalization and World Politics Today is a revelatory read compiled from various speeches Castro gave between 1998-2000. In this book, Castro demonstrates abilities similar to a clairvoyant, but one does not need a mythical crystal ball, only to be dedicated to praxis. He predicts the 2008 economic collapse, as well as the rise of Instacart type business models. How does he do this? By accurately attributing these phenomenon to the rise of the neoliberal, globalized economy, an economy based in the misery of the majority of people around the globe. Castro also scrutinizes the important role culture plays in the oppression of a people…heck he even sounds like he has been reading some Dr. John Henrik Clarke! (see pg.78). You don’t want to miss this book, as Castro meticulously substantiates, without any conjecture, that the struggle is about “the battle of ideas”.