You are here: Home » Library » Readers » Moving the Centre: The Struggle For Cultural Freedoms by Ngũgĩ wa Thiong’o 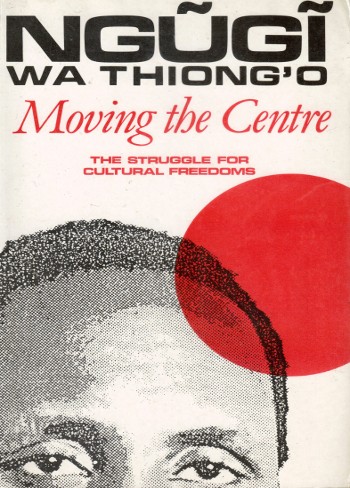 Western imperialism’s colonizing efforts in the last four hundred years have lead to a situation where world cultures have been dominated by a handful of western nations. The west has come to see itself as the centre of the universe. Cultural power, just as much as political power and economic power, is controlled at this faux centre. In this collection Ngũgĩ is concerned with moving the centre in two senses-between nation and within nations-in order to contribute to the freeing of world cultures from the restrictive walls of nationalism, class, race and gender.

Between nations the need is to move the centre from its assumed locations in the west to a multiplicity of spheres in all cultures of the world. Within nations the move should be away from all minority class establishments to real creative centre among working people in conditions of racial, religious and gender equality. Ngũgĩ believes that moving the centre in these ways is a crucial step in the struggle for true cultural freedom throughout the world, in order to correct the imbalances of the last four hundred years of Eurocentric domination.